A Part of History for Two Countries: The Château Ramezay 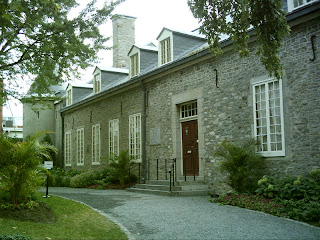 Built in 1705, the Château Ramezay has seen just over 300 years of human history. Although the monument stands for Montreal and Canadian interest, the location had also been a small part of American history during the founding years prior to the Declaration of Independence. The building has been a seat of influence since its development and has attracted millions of people over its three-century long lifespan.

Historical Landmark
The Château Ramezay was included into the National Historic Sites of Canada index in 1949 as Montreal's first historical location. The building was originally constructed as the private residence of Claude de Ramezay, Governor of Montréal. Over time, and because of its prime locale, the Château was seized as a staging point for the United Colonies during the Revolutionary War. Just over one year later, the estate found itself back into the hands of Canadian forces as Governor Carleton returns to the city after colonial forces abandoned the area.

Not as Influential as He Would Have Hoped
It was Benjamin Franklin's wish to win over the Canadian people to fight alongside their neighbors to the south. As a prominent figure for the United Colonials, the goal was to enlist the help of anyone willing to fight against the British. In May of 1776, Benjamin Franklin decreed the attempt to be a failure and withdrawal back to colonial lands. Whether Franklin's age and waning health promoted the retreat, the fact that British forces where marching towards Montreal or a mixture of both, one of the American's most influential people vacated the Château.

Good and Bad Historical Influences
Keeping in line with historical value, the Château Ramezay also witnessed the likes of one of the most revered names in the history of the United States as well as Canada: Benedict Arnold. In 1776, Arnold assumed command of the garrison stationed in Montreal. He was present when the three emissaries arrived at the Château consisting of Benjamin Franklin, Samuel Chase and Charles Carroll of Carrollton. Unfortunately, Arnold felt obliged to betray the Colonial Army and defected to the British cause forever linking his name to the terms of traitor and treachery.

Conversion to Museum
In 1894, the Château Ramezay was bought by the Numismatic and Antiquarian Society of Montreal and converted into a museum and gallery. Artisans and private collectors offered their antiquities to the museum creating a collection of more than 30,000 items of historical value. Everything from manuscripts to furniture had been donated by Montrealers and is an amazing display of colonial-era artwork and carpentry.

The Re-envisioning the Garden
As three hundred years of construction and development decimated the once elaborate "pleasure garden" of the original designs by Pierre Couturier, the garden itself was all but gone. In 2000, the garden was redeveloped in order to recapture some of the ambiance of 18th century Canadian design and has become an attraction at the Château Ramezay. It is not a recreation of the original design by Pierre Couturier, but more of a testament to the gardens of nobility from 18th century upper-class Canadians.

The Château Ramezay is an alluring aspect of Montreal for all who wish to learn more about Canada's involvement in the Revolutionary War. As it housed some of the most famous and infamous people of American history, it stands as a reminder that historical events can unfold virtually anywhere that can intertwine two separate countries reshaping how events progress. 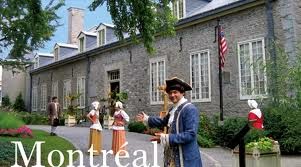 Author Bio:
Ken Myers is the founder of http://www.longhornleads.com/ & has learned over the years the importance of focusing on what the customer is looking for and literally serving it to them. He doesn’t try to create a need; instead he tries to satisfy the existing demand for information on products and services.

Lucy
Fashion and Styling inspiration- a mix of Designer, Vintage and Thrift